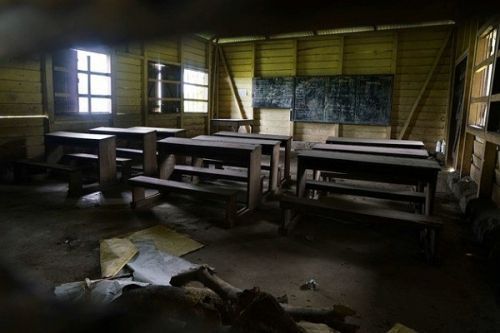 Anglophone crisis: The UNOCHA expresses deep concerns over attacks against schools in the North-West

"The United Nations and humanitarian partners in Cameroon condemn in the strongest terms all actions targeting education,” reads a release issued by the UNOCHA.

In the release, the Humanitarian coordinator called “upon all perpetrators to refrain from actions that impede access to education, in accordance to Security Council Resolution 2601 (2021).”

On February 8, gunmen burned down the public primary school of Molyko in Buea. On February 11, the same thing happened at the Queen of Rosary Catholic High School in Mamfe. Both attacks happened in the southwest. They are the latest of a series of attacks on students, teachers, and schools in the South-west and North-west that are affected by a bloody conflict between the army and separatist fighters.

“Education is a fundamental right for all children, yet many have not been allowed to enjoy this right. Children are traumatized, parents are scared, teachers and school administrators are afraid. With education under attack, the future of thousands of young Cameroonians is at risk,” said Matthias Z. Naab.

According to the UN, repeated attacks against schools in the English-speaking regions are depriving more than 700,000 students of their right to education.

For Mr. Naab, this is an unacceptable situation. “Education establishments should be safe spaces for all students and teachers,” he indicated.

This call from the UNOCHA comes after that issued jointly by the heads of five diplomatic missions (Canada, Norway, South Africa, Switzerland, the United Kingdom, and the United States) in Cameroon. They called for the protection of schools and "ensuring that those who deny access to learning spaces are held accountable," their statement issued on February 14 read.