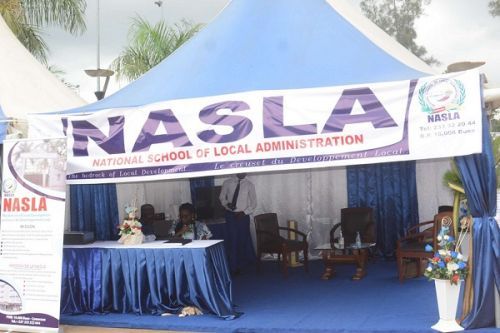 The three-day workshop organized to boost regional management capabilities will end today Friday, February 18, 2022. The workshop, attended by about fifty elected regional officials, was sequenced in modules and presented by the National School of Local Administration (Nasla).

"This is an important workshop, which helps understand the decrees issued last December, and train some officials,”  said Jules Hilaire Foka Foka, President of the Western regional council, when interviewed by state media CRTV yesterday.

Indeed, on December 28, 2021, President Paul Biya signed decrees laying down conditions for the ‘exercise’ of some powers devolved to regions in four sectors namely, environmental protection, tourism, and leisure, interurban public transport as well as town planning and housing.

The workshop also thoroughly explained the presidential decree of December 28, 2021, on the standard organization of regional administrations, according to Jules Hilaire Foka Foka.

During a telephone interview with Stop Bla Bla Cam, the regional official indicated that the modules are not just about each of the decrees. Instead, Nasla tailored the whole workshop around the various laws governing regional administration and the 2020-2030 national development strategy. In short, the workshop reminds officials about the ‘guidelines’ for regional officials’ tasks.

To accurately explain the laws to the participating officials, Nasla invited a panel of experts including the former senior government official David Abouem in Choyi, author of "50 years of state reform in Cameroon." The school also invited Fritz Ntonè Ntonè, former government delegate to the Urban Community of Douala (2006-2020), and officials from the Ministries of Decentralization and Local Development (Minddevel) and the Public Service and Administrative Reform (Minfopra).