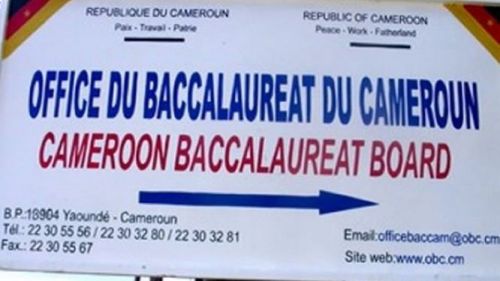 Seven staff members of the Cameroon Baccalaureate Office (OBC) were sanctioned on 17 August for “negligence, leakage, and complicity in leakage of the 2020 Baccalaureate exams,” as part of an administrative investigation opened by the Ministry of Secondary Education (Minesec). The sanctioned members are three teachers from general education high schools, a decision-maker, and three supervisors.

They are all employed in the Reprography Department of the OBC, the body responsible for the preparation and organization of French language examinations in the second cycle of secondary education in Cameroon. The said staff are suspended for three months, “without prejudice to legal proceedings,” according to a decision by Minister Pauline Nalova Lyonga.

The general secondary education baccalaureate of the 2020 session has been riddled with cases of leaks in the physics, life, and earth sciences (SVT) and chemistry tests of the C, D, and Information Technology (IT) series. On the instructions of the Prime Minister, Joseph Dion Ngute, the said tests were reprogrammed throughout the national territory. An administrative commission of inquiry was set up on 28 July to shed light on the matter.

The commission, chaired by Minesec Secretary-General Pierre Fabien Nkot, identified the leak of the tests and established responsibilities. “Those convicted of reprehensible acts will be handed over to the competent services of the State, to answer for their actions,” Pauline Nalova Lyonga said in a statement. The minister “wishes to reassure national and international opinion that thanks to the measures taken by the government, the integrity of the General Secondary Baccalaureate examination of the 2020 session has been preserved.”