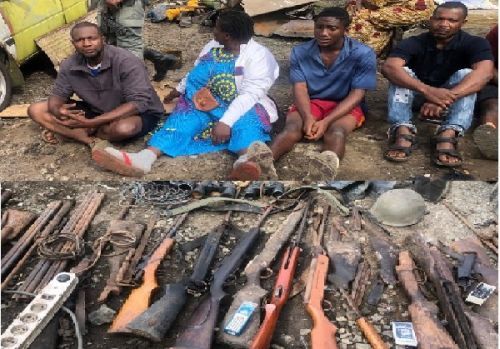 In an official statement issued today, the defense department said it has also seized several weapons and ammunition, military equipment, mobile phones, and drugs. The suspects have been brought to the Southwest Gendarmerie Legion, pending investigation, we learned. The car garage that was transformed into a homemade firearms manufacturing unit is now closed and sealed. The defense forces believe it was a source of weapons for the Anglophone militia.

"The population helped a lot in this operation since they were the first to alert us about the garage,” said the commander of the 21st Motorized Infantry Brigade, Colonel Louis Onambele, on CRTV-Télé. This new victory for the gendarmerie comes against a backdrop of rising violence in the northwest and southwest. The Anglophone war that has been going on since 2016 has already left more than 6,000 people dead and forced thousands to flee their homes, according to NGO International Crisis Group.