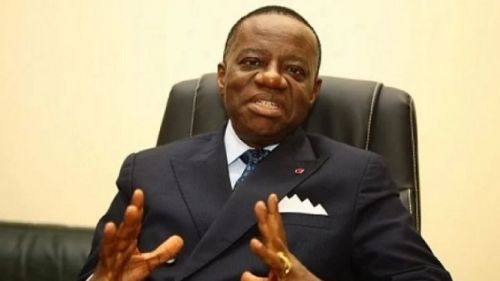 The National Executive Board of the Union of Higher Education Teachers (BEN-Synes) "invites teachers of all state universities to cease teaching activities from Monday, January 25 to Saturday, January 30, 2021," unless the Minister of Higher Education (Minesup) Jacques Fame Ndongo (photo) meets their demands in the coming days. It also warns that the January 25 strike is the first phase and just a ‘warning strike’.

This decision was issued during an ordinary meeting of the BEN-Synes held on January 15. At the meeting, the executive board indicated that the Minesup was not strictly abiding by the terms of the texts governing the management of the special fund created by the President of the Republic in 2009 to support the modernization of university research. The BEN-Synes also explained that in all the eight public universities, teachers’ working conditions have deteriorated considerably.

To that accusation, Jean-Paul Mbia (head of the communication unit of the Minesup) claims that it is not the truth because ‘everybody knows the extent of the works performed by the head of the department of higher education to improve  teacher-researchers’ living and working conditions."

However, this argument is not enough to contain the anger that is rising within the BEN-Synes, which also denounces the non-payment of overtime and thesis supervision.

Teachers are not committed, students say

According to numerous students, the teachers can not claim to work overtime.  "Many teachers don't respect their time quotas or are absent from classes, simply selling handouts to students," said a student at the University of Yaoundé II-Soa.

"Truly, there are teachers who supervise their students for their thesis but many university teachers only meet their students once or twice and then leave them to fend for themselves," explained another student enrolled in a Master 2 at the University of Yaoundé I.

These student complaints are downplayed by the BEN-Synes, which claims that it has exhausted all the dialogue avenues it had to obtain the payment of these fees and the fourth installment of the special bonus for the modernization of university research (an assistant receives XAF385,000 of research bonus quarterly, a lecturer XAF680,000, a senior lecturer a little over XAF860,000 and a professor XAF 1,000,000).

According to Jean-Paul Mbia, over the past eight years, the research allowance has always been paid timely to the 6,200 teachers in the eight public universities.

"The funds are domiciled at the Ministry of Finance. According to the payment procedure, public universities send the lists of professors to the Minesup, which forwards it to the Ministry of Finance that pays the teachers on the list (...) But this ministry is facing budgetary constraints and had to make substantial arbitration at the beginning of 2021," he added.

He then qualified the BEN-Synes’ strike notice as "an unpatriotic and anti-republican act" but ensured that everything is done to ensure that the research grant and the other expenses are quickly paid.

Let’s note that another strike is announced for February 2, 2021. This is being called by the support staff of state universities to demand the payment of gratuities and other special bonuses.