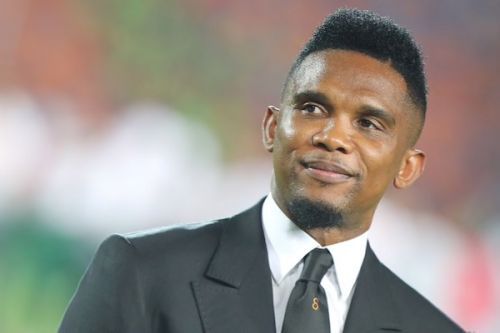 Today March 19, 2021, Samuel Eto'o is scheduled to receive an honorary degree from the Lyon Business School in France.  This was announced, through a Facebook post, by the journalist Martin Camus Mimb, known as a close friend of the former captain of the indomitable lions.

"The best striker in the history of the Indomitable Lions will be made Doctor Honoris Causa by the ECL business school in Lyon, France, today," he wrote.

Created in 1918, the Doctor Honoris Causa degree rewards "personalities of foreign nationality for distinguished services rendered to the sciences, letters or arts, to France or to the university." It is one of the most prestigious distinctions awarded by French universities.

The famous Cameroonian footballer, who celebrated his 40th birthday on March 10, will therefore receive this honorary title for all of his works, particularly his social commitment through his foundation. Indeed, on January 26, 2014, he created the Samuel Eto'o Foundation which aims "to protect children and youth, provide emergency aid, and promote education, basic health and social integration for the most disadvantaged."

In April 2020, the four-time African player of the year donated health kits and food to 50,000 households from the poorest strata to support the Cameroonian government's efforts in the fight against Covid-19.

"Every child deserves to be healthy, safe, and educated. As we move towards a post-Covid world, addressing the impact on the well-being and education of children and youth must be a priority," said the former striker who is, since 2017, the UNICEF Goodwill Ambassador in Cameroon.

Samuel Eto'o is considered one of the greatest African players of all time. With this honorary title from the ECL Lyon Business School, he joins fellow Cameroonians Roger Nkodo Ndang and Mohamadou Bayero Fadil on the honor roll, as well as Ivorian President Alassane Dramane Ouattara and Central African President Faustin-Archange Touadéra.