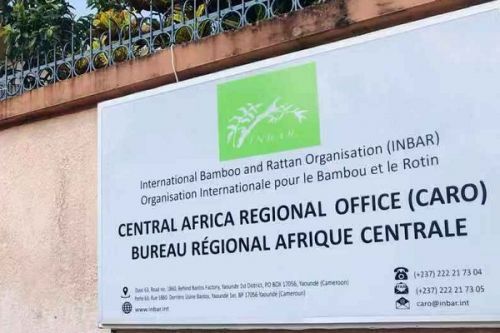 Cameroon will host the first African Congress of bamboo and rattan, a source from the Ministry of Forestry and Wildlife confirmed. This congress is organized in partnership with the International Bamboo and Rattan Organization (INBAR). The meeting, which will be held in Yaoundé, marks the commitment of the Cameroonian government to exploit the bamboo and rattan market estimated at more than CFA11 trillion.

Last November, the Parliament authorized the President of the Republic to ratify the agreement of Beijing (China) of November 1997 creating the INBAR. This agreement allowed Cameroon to integrate a world market of more than “CFA11,000 billion with more than 200 by-products involving the cosmetics, construction, micro-component, furniture, medicine, textile, and composite fiber sectors,” the Minister of Forestry and Wildlife (Minfof) said.

Before that, in December 2019, the Minister of Forestry and Wildlife inaugurated INBAR's regional office for Central Africa in Yaoundé. As a reminder, the organization was founded in 1997 and is based in Beijing. It was created to promote the development of bamboo and rattan worldwide, for the benefit of people and the environment. Its founding members are Burma, Bangladesh, Canada, China, Indonesia, Nepal, Peru, Philippines, and Tanzania.