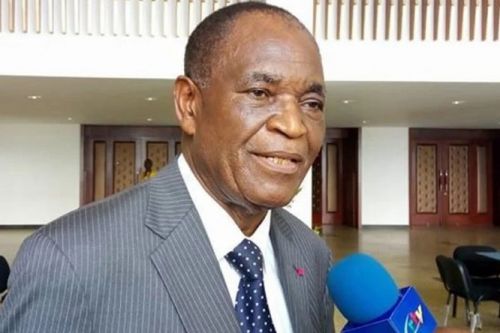 Chemuta Divine Banda, President of the NCHRF, dies of Covid-19

Chemuta Divine Banda, President of the National Commission on Human Rights and Freedoms (NCHRF), died on Monday 18 May 2020 of coronavirus (Covid-19) at the age of 74. This was announced, the same day, by public TV channel CRTV during its 8:30 pm news edition.

Chemuta Divine Banda was appointed in 2003 as the head of the NCHRF. The missions of the NCHRF include, among others, all necessary investigations and inquiries on violations of human rights and freedoms, studies and human rights education as well as coordination of the activities of NGOs in this sector.

"I am very saddened by the news of the death of Dr. Chemuta Divine Banda, President of the National Commission on Human Rights and Freedoms. I have known this seasoned diplomat for several years before his appointment to the NCHRF. He always spoke the truth to leaders. I am sure that Ngarbuh's full report bears the stamp of his objectivity. His reports gave hope to many Cameroonians and insomnia to a few," Akere Muna, a candidate in the October 2018 presidential election, wrote on his Twitter account.

The president of the NCHRF was indeed one of the members of the Joint Commission of Inquiry mandated by the Head of State for the tragic events in Ngarbuh. The report of this inquiry, unveiled in a communiqué issued by the Secretary-General of the Presidency of the Republic (SGPR) on 21 April, pointed to the responsibility of the army in the death of about ten civilians in this northwestern locality.

Chemuta Divine Banda notably demanded that  "the results of the investigations are published and suspects of proven human rights violations brought before the competent courts.”

Disagreeing with Yaoundé on the management of the Anglophone crisis, he sent an open letter on 22 March to the President of the Republic in which he indicated that "only a ceasefire" can put an end to the conflict in the North-West and South-West regions. He also called for the release of those imprisoned in the context of this crisis.

The President of the NCHRF had also called for the release of prisoners, particularly those awaiting trial, to limit the spread of the coronavirus.