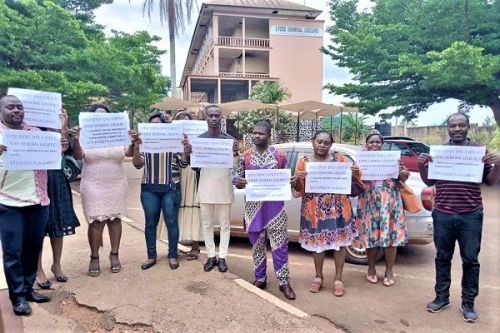 After the "dead chalk" movement that saw teachers in public secondary schools strike for more than five weeks, the On a trop supporté (OTS) collective and other similar groups are calling for a boycott of the upcoming official exams.

"From May 17, 2022, until the departure on annual leave, unless there is a prompt and satisfactory response from the government, all teachers are called upon not to participate in any pre-examination meetings, and in any phase of the official examinations for the 2022 session in either the Francophone or Anglophone system," OTS said in a statement co-signed by its partners on May 18, 2022.

The collective accuses the government of violating teachers’ rights, although the accused party denies it. According to the government, measures have been taken to meet teachers’ demands since the end of the "dead chalk" operation. On the other hand, the strikers consider the measures insufficient.