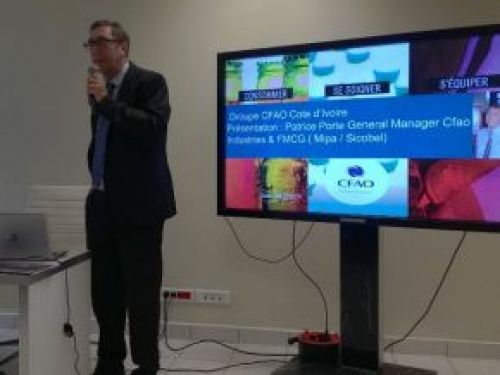 Patrice Porte, the CEO of Icrafon CFAO Cameroon, was released on Sunday, October 18, 2020. The French citizen was kidnapped the same day by an armed gang in Kribi. Patrice Porte, his wife, and another French citizen were in the seaside town for a golf game when they were ambushed in the grove that separates the Kribi-Edéa road and the Kribi Golf Club, the government daily Cameroon Tribune indicates.

According to Mrs. Porte, they were approached by a man who claimed his car had broken down in the middle of the road and requested their help. In trying to help the culprit, he pulled out a gun and aimed at Patrice Porte. Then two accomplices came out of the bush armed with machetes. They trussed the three French citizens, stole their belongings before fleeing with the CEO of Icrafon.

Alerted about the kidnapping, Antoine Bisaga (prefect of the Ocean department) informed local authorities. During a search conducted by the rapid intervention brigade (BIR), Patrice Porte was freed safe and sound. The investigations are ongoing to apprehend the kidnappers, we learn.

Patrice Porte has been in Douala since September 2019. He is currently the CEO of Icrafon, (a subsidiary of the CFAO group that produces BIC pens and shavers sold in Cameroon and neighboring countries). According to Cameroon Tribune, the operation conducted by the BIR also led to the release of other kidnapped persons who were bound and locked in the trunks of the thugs' vehicles.