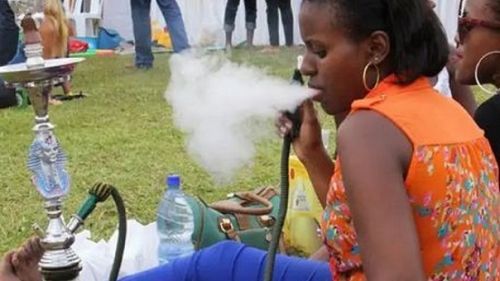 Last January 19, Louis Richard Njock, Secretary-General of the Ministry of Public Health (Minsante), chaired a meeting with the National Committee for the Fight against Drugs (CNLD). During the meeting, the parties discussed the harms of shisha among the youth. Indeed, according to the World Health Organization (WHO), this water pipe considered harmful and toxic is increasingly consumed by young people.

Citing a study by the WHO, Louis Richard Njock explained that shisha is consumed mainly by the 15-20 age group, which is attracted by the novelty, friendliness, and flavored taste of that tobacco.

The CNLD listed the health risks associated with shisha consumption. For instance, it indicates, a 45-minute shisha use is equivalent to the consumption of doses of nicotine equivalent to that of a cigarette and half,  the carbon monoxide of 20 cigarettes, the tar of 26 cigarettes, and the smoke of 40 cigarettes. According to the experts of the Minsante, the risks are numerous: "addiction, elevated pulse, and high blood pressure, carbon monoxide poisoning, loss of consciousness, limitation of lung function, alteration of the larynx and cancers.”

The Minsante, therefore, vows to eliminate the use of shisha by the youth. Specifically, the Ministry intends to capitalize on the celebration of the Youth Day, in February 2022, to launch an extensive awareness-raising campaign. Nevertheless, there are not many details about the planned campaign.