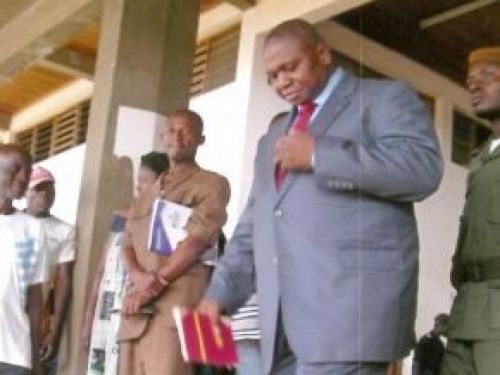 The former Secretary of State to the Minister of Public Works and former mayor of the municipality of Yokadouma (Eastern region), Paulin Abono Moampamb, was released from prison on 19 March 2020. After 12 years in Bertoua Central Prison, he returned to his home in the eastern regional capital.

Paulin Abono Moampamb's problems with the law date back to his time as mayor of the commune of Yokadouma between 2002 and 2007. Before the High Court of Yokadouma, he was accused of “misappropriation of a budget surplus of nearly CFA250 million, non-reversion of VAT and deductions of social security contributions to the CNPS, non-budgeting of the 2004 wildlife tax, release of funds from the commune through decrees, failure to comply with public procurement procedures and misappropriation of public funds through the issuance of warrants in regularization.”

In August 2011, he was sentenced by the court to 30 years imprisonment for “misappropriation in coaction of the sum of CFA1.25 billion.” But this sentence was reduced to 12 years on May 24, 2012, by the Eastern Court of Appeal, which retained only one offense: the embezzlement of public funds by issuing regularization warrants of up to CFA151 million.