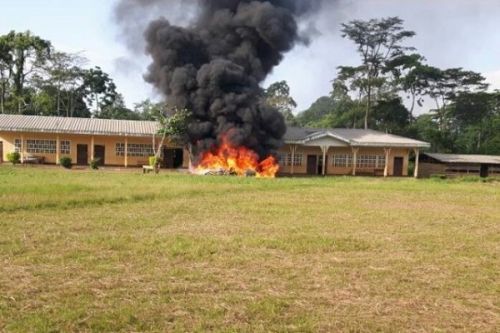 The Ndop district returns CFA100mln+ to the Treasury, as projects are suspended due to the Anglophone crisis

The district of Ndop, in the department of Ngoketunjia in the Northwest region, has returned more than CFA100 million to the Treasury. These funds, we learned, were intended for the implementation of projects of the Public Investment Budget (BIP) in this municipality for FY2021. The mayor, Ntoh Daniel Belengka, said during the recent budget session that the insecurity caused by the separatist conflict in the region has prevented the implementation of the said projects. However, he promises to restart them as soon as security is improved in his region.

As with the South West, the North West region has been the scene of a bloody conflict between the army and separatist groups since 2017. Of the 514 projects planned for 2021 in the Northwest, 360 have been fully executed and another 100 are underway, the BIP's physical-financial evaluation committee announced last February.

In November 2021, the Minister Delegate to the Minister of the Economy, Planning and Territorial Development (Minepat), Paul Tasong, said that due to the security crisis in the two Anglophone regions, a significant number of projects could not be executed. The Public Investment Budget implementation rates remained relatively low in the Northwest (64.4%) and Southwest (68.2%) between 2017 and 2019, before rising significantly in 2020 and 2021 to 83.7% and 89.9% respectively, he said.