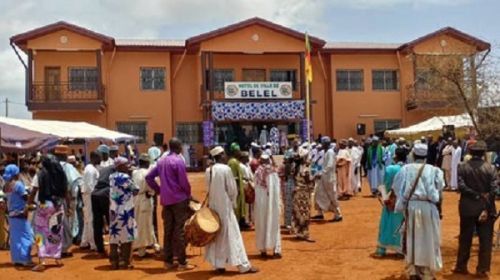 A manhunt has been underway since last week in Belel, a commune in the Vina department, Adamaoua region, to find a gunman who has killed and wounded several people in an attack. "Arrangements are being made to put the man out of action," the prefect of the Vina, Yves Bertrand Awounfack, told the national radio. On June 13, an individual armed with an AK 47 Kalashnikov opened fire on villagers in the localities of Didjawa, Lesse Woka, and Ngaoundamdji, killing four people instantly, including Biya Mamoudou, the principal of Didjawa Primary School, and injuring five, CRTV reported.

Three of the wounded later died at the regional hospital in Ngaoundéré where they had been rushed to after the attack, the same source said. The other two wounded who are still being taken care of at the hospital are expected to be evacuated to Yaoundé for intensive care, we learned. The identity of the suspect is not yet known. All that is known is that he speaks Arabic and Fulfulde, according to the public media.

His motives also remain unknown to local authorities. In the villages where the attack took place, tensions remain high. Several people have fled the localities fearing the return of the killer, said the mayor of Belel, Abbo Aboubakar. The prefect of Vina reassures the population that the law enforcement agencies are already mobilized to arrest the suspect.