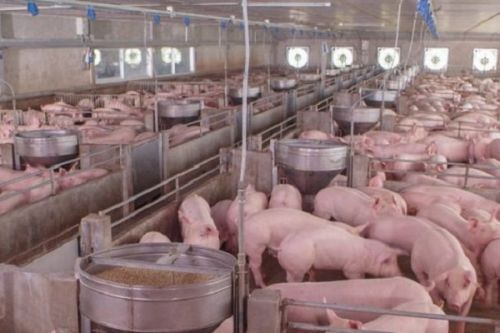 The Cameroonian government is doing its possible best to control the spread of the African swine fever across its territory. In the Western region of the country, Governor Awa Fonka Augustine instructed the immediate deployment of the animal health measures in all of the disease outbreaks.

The official wants the temporary closure, throughout the Western Region, of markets where pigs and by-products of pig farms are sold. The movement and transport of these products are also banned. “These preventive measures are aimed at controlling the spread of the disease and protecting the pig herd in the Western Region,” the governor said in a July 16 decree.

This is not the first time the Western Region has been subjected to this protocol. In 2012, when an outbreak of ASF occurred, Governor Midjiyawa Bakari, then in charge of the region, took similar measures, which according to the authorities of the Ministry of Livestock saved a large part of the production.

Beyond the western region, all production basins are under surveillance. "Confirmed cases of African swine fever have been reported in several regions of the country for the past few weeks to the Cameroon Animal Disease Epidemiology Surveillance Network (RESCAM),” the Minister of Livestock, Fisheries and Animal Industries, Dr. Taiga, said in a memo sent to regional delegates on June 25.

To control the outbreaks and stop the spread of the disease, Dr. Taiga issued a crisis management protocol which includes raising awareness among the sector's stakeholders, monitoring farms and markets, reactivating checkpoints, and immediately implementing sanitary measures.

These instructions led to the seizure on July 4 in Melong (Littoral) of a shipment carrying dozens of pigs, many of them lifeless and showing symptoms of the disease. Analyses of samples from the shipment are underway at the National Veterinary Laboratory (Lanavet).

African swine fever is a contagious viral disease of domestic pigs. To date, it has no known vaccine or treatment. To avoid it, veterinarians recommend that farmers respect biosecurity measures. This disease, which develops during the rainy season, appeared in Cameroon in 1982, officially decimating 80% of the country's pig herd. Since then, the country has experienced several outbreaks in its main production areas, which are the western and northern regions.