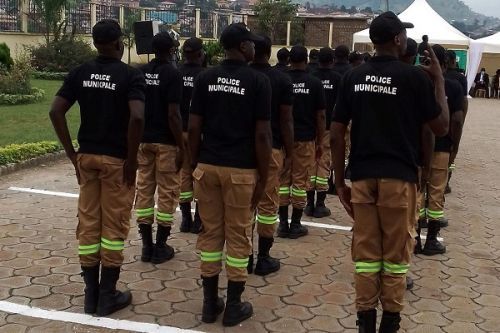 The prefect of Mfoudi, Emmanuel Mariel Djikdent, yesterday issued a statement revealing the background of the creation of the Yaoundé VI municipal police.

Emmanuel Mariel Djikdent said the municipal police was created outside the legal framework, concluding that this body is, therefore "null and void". He recalls Article 2016 of the General Code of Decentralized Territorial Communities, which provides in paragraph 2 that the creation of a national police service must follow some steps. First, the municipal councilors must endorse the project by signing a resolution in which the means, attributions, and operating rules are indicated. This resolution must then be forwarded to the Ministry of Decentralization and Local Development (Minddevel) for approval. Indeed, the municipal authority of Yaoundé VI has not followed this procedure.

With his statement, the Prefect of Mfoundi has put an end to this municipal police project led by Mayor Jacques Yoki Onana.  On July 15, the latter organized a big ceremony to present the first police officers. They were 35 communal agents trained for two months by experts, we learned.

"We brought in firefighters who gave first aid classes to our trainees," reassures Marie Claire Obama, who is in charge of supervising this police force. The Yaoundé VI municipal police was created to serve in the segments of hygiene and sanitation, tax collection, and restoration of order.