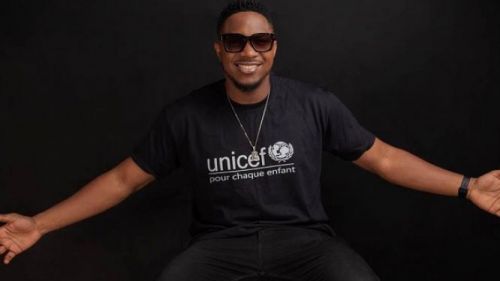 UNICEF Cameroon announced on August 19 the appointment of rapper Stanley Enow as a new national ambassador. The artist’s mission mainly targets the promotion of vaccination for children.

“I find it very important that we all get involved and that everyone, at his or her level, contributes to making the world a better place for children. That better world implies vaccination for children to protect them from preventable diseases and give them a better start in life,” Stanley said.

"It is a great honor for me to join forces with UNICEF's ambassadors in Cameroon to make the voices of children, especially the most vulnerable, heard,” added the young artist, who has won several national and international awards for his music. The singer was chosen in recognition of his commitment to social causes, including children's rights, UNICEF said in a statement released today.

“Stanley Enow is not only one of the most popular Cameroonian artists, but he is also a fine example of celebrities who have understood their social responsibility and mobilize their energy and talent to make the world a better place for children,” said Jacques Boyer, UNICEF representative in Cameroon. In his new role, Stanley Enow will use his celebrity status to raise awareness of children's rights and shine a spotlight on the issues that affect them.

Stanley Ebaï Enow joins the list of personalities (Fabrice Ondoa, Charlotte Dipanda, Gino Sitson, etc.) who support UNICEF's efforts to draw the attention of the national and international community to Cameroon's most vulnerable children and mobilize the resources they need.