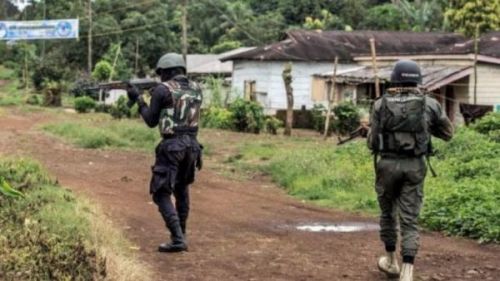 The premises of the sub-prefecture of Balikumbat were attacked by a group of separatists who set fire to the building last September 17. An image that went viral on social media showed the gunmen claiming the attack.

A daily intelligence bulletin from the Ministry of Defense (Mindef) also reported the killing of 15 soldiers during a terrorist attack last September 16 in Bamessing. A group of separatists assaulted a convoy of the Rapid Intervention Battalion (BIR), set fire to two "Panthera" armored vehicles and took the weapons and military uniforms.

The Mindef document confirms that the ambush was carried out under the command of "General No Pity," head of the "Marines of Bambalang. Videos on social media showed the leader attacking the convoy with an RPG 7 anti-tank rocket launcher.

The ministry says other attacks could happen in Nkambe in Donga Mantung, Fundong in Boyo, and the Satom Base in Babessi.