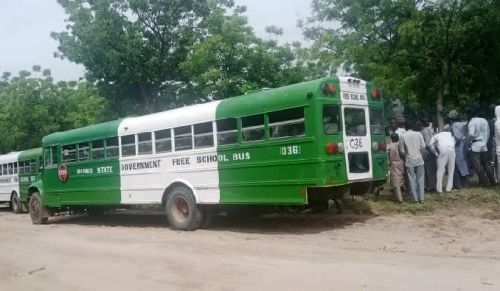 About 885 ex-Boko Haram fighters and their families, who have been refugees in Cameroon for several weeks, returned to Nigeria. They took a bus to the border at Banki, in the Nigerian state of Borno.

As a reminder, Cameroon and Nigeria started the process for voluntary repatriation of Nigerian Boko Haram fighters and partners last September 1. The operation concerned about 1,000 ex-fighters who had been hosted by the National Committee for Disarmament, Demobilization and Reintegration (CNDDR) in Mora and Meri in the Far North region.

"We are going to spot them all (ex-Boko Haram fighters, ed) in the villages and then figure out how we can help them return home," said Midjiyawa Bakari, the governor of the Far North region. Umar Usman Kadafur, head of the Nigerian delegation, said the process will allow, in the coming days, to return home the 1,039 Nigerians.

The arrival of ex-Boko Haram fighters and partners as refugees in Cameroon was caused by internal conflicts within the terrorist organization. Of the 1,447 ex-combatants who arrived in Cameroon, the CNDDR in Meri hosted 846 Nigerians. Last August 29, 268 of them returned home.

In recent days, some 30 other ex-fighters including 13 "unarmed" men, 9 women and 10 children arrived in the Far North.