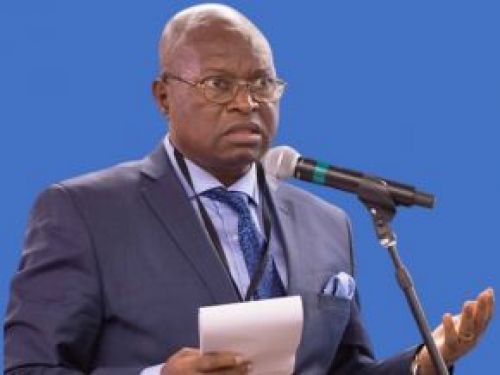 On October 15, 2020, the National Bureau of Civil Status (BUNEC) organized an exchange workshop with various actors in the cities of  Bertoua and Batouri (the Eastern region) to reorganize the civil registration system.

According to Alexandre Marie Yomo (photo), general director of the BUNEC, this workshop was organized to encourage municipal authorities “to budget the monthly remuneration of secretaries working at civil registration offices, fight fraudulent practices of increasing the cost of substitute birth certificates, and review the law to reduce the costs of substitute birth certificates or even cancel them altogether.”

He explains that the reasons for the suggestions are that in the Eastern region, in 2019,  the BUNEC identified about 150,000 students without the proper documents to prove their legal existence in Cameroon. This high number of students without birth certificates was due to harmful cultural practices, the lack of qualified personnel. Also, there are few buildings capable of hosting the staff in charge of civil registration and the latter are most of the time losing interest in doing their jobs because of various reasons. Therefore, the region has one of the highest numbers of school-age children without birth certificates in the country.

So, with the support of its partners, the BUNEC is working to end such a problem. "Since the start of our activities aimed at facilitating access to civil registration services, we have helped about 10,000 school-age children and adults get their birth certificates,” says Didier Ngola Mbelle, promoter of the Ngola Foundation.

The Norwegian Refugee Council is also one of such partners. "We are working for better access to civil registration services (birth certificates especially) for the benefit of disadvantaged populations and vulnerable groups who were not able to register within the statutory deadlines (…) We support them by paying all of the fees they would incur until the certificates are issued,” explains Clementine Sakeng, head of the Norwegian Refugee Council.