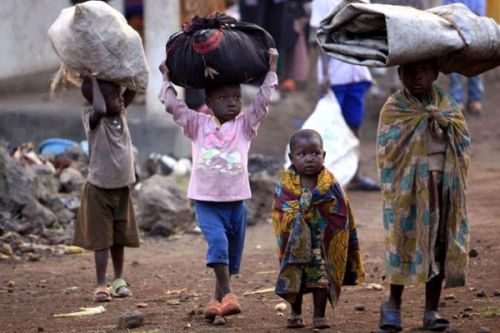 OCHA reported over 7,000 IDPs in Northwest and Southwest regions in Oct. 2022

The UN Office for the Coordination of Humanitarian Affairs (OCHA) revealed, in its Dec 16 report, that more than 7,000 people fled the Northwest and Southwest regions in October 2022.

"More than 7,212 people were reportedly displaced to bushes and nearby villages. The departments of Manyu (Southwest) and Bui (Northwest) are the most affected. Most of the displacement is temporary, with displaced persons returning to their homes as soon as the security situation allows," the UN agency reports.

OCHA also reports that the situation on the ground remains worrying as fighting continues between the Defense and Security Forces and separatist groups. There are reports of targeted attacks, destruction of property, arbitrary arrests, kidnapping for ransom, extortion, and continued use of improvised explosive devices (IEDs). At least five IED attacks were recorded in October, OCHA reported.

According to the UN, two million people in the Northwest and Southwest are affected by the war, with more than 600,000 internally displaced persons (IDPs) and more than 86,000 Cameroonian refugees in neighboring Nigeria.