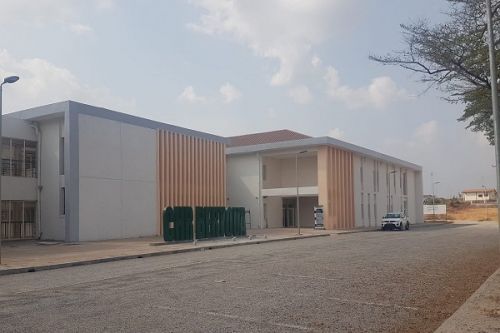 Minister of Public Health Manaouda Malachie, on February 18, 2022, carried out a working visit to the East. During the visit, he expressed his disappointment over the slow progress of construction works at the site hosting the Bertoua reference hospital.

"We came with great hopes to check the works but we are quite disappointed. We thought we were clear enough on the fact that we wanted the works to be accelerated so that the hospital could be delivered as soon as possible. Unfortunately, it seems the company [in charge of the construction] is taking its time,” the official said.

"The company asked for yet another extension, which is not acceptable. (...) The President of the Republic gave clear instructions for the hospital to be quickly delivered for the benefit of residents in the Eastern region. We think that we can not continue to go from one delivery deadline extension to the other,” he added.

Construction works on the Bertoua reference hospital began on April 27, 2017, as part of the health component of the three-year National Emergency Plan for Accelerated Growth (Planut). The construction period was supposed to be 18 months. During a parliamentary mission to the site in February 2021, Alliances Construction Cameroun SA, the company in charge of the construction, promised the site would be delivered on May 31, 2021.

In June that same year, the company requested an extension until September 2021. Five months later, the construction is yet to be completed because of “difficulties” faced by the contracting company. The company mainly blames the coronavirus pandemic claiming it slowed down the supply of materials. Other difficulties include late invoice payment because of its cashflow problems, the absence of project schedule indicating new delivery dates, and failure to validate the additional works carried out by the contracting company.

During his work visit, Minister Manaouda Malachie ordered an acceleration of the construction works so that the site can be delivered “on time”.

He then warned he would not tolerate a new extension of the deadlines for the completion of the site, which is 98% completed. The delivery date has not been disclosed, however. "We have been quite firm with the company. We ask them [the company management] to organize a meeting early next week [Ed.note: this week] so that we can set a definite approach for the completion of the works,” the official said at the end of the visit.