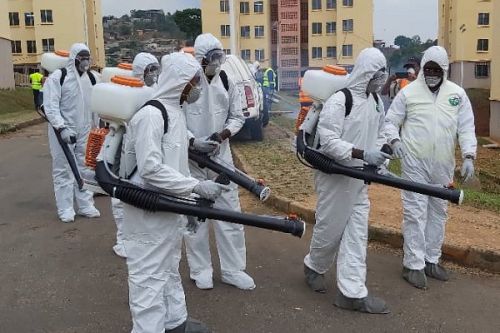 Covid-19: Yaoundé, Douala, and Bafoussam enter phase 2 of the pandemic

Coronavirus has affected all regions in Cameroon, except the Far North which has no confirmed cases so far. The regions of Yaoundé, Douala, and Bafoussam have all entered phase 2, which is community transmission.

Speaking on April 20, during RFI’s Priorité santé radio show, Dr. Georges Alain Etoundi Mballa, who heads the disease and pandemics division at the Ministry of Public Health (Minsanté), said: “to date, we have nine of our regions in an epidemic. In Yaounde, Douala, and Bafoussam, we have entered the phase of community transmission, while in the other regions, cases remain “imported.”

On Sunday 19 April 2020, Cameroon recorded 76 new cases, bringing the total number of cases to 1,161, a source said. Officially, 305 people have been cured and 42 others have died; 176 patients are currently hospitalized, including 33 on oxygen.

On 2 April, the government announced it will kick off mass testing. This is to identify cases in the community, isolate and treat them. “It's all about testing. Cameroon has had the advantage of having the Center Pasteur, which was the first to start testing. But very quickly, we embarked on a strategy of decentralizing the laboratories. In the coming week, in all our regions, we will be able to do the tests and that, I think, is the biggest gain. As soon as we can test, we can very quickly discover the positives and cut the chain of transmission,” says the director of the fight against disease and pandemics.

In the Far North, a region affected by the deadly attacks of the Boko Haram terrorist sect, the local administrative authorities are increasing awareness among the population, in line with the government measures enacted to curb the spread of the virus. Security measures have also been stepped up at the regional hospital in Maroua, which is ready to receive potential Covid-19 patients, according to its director, Dr. Gérard Fetse Tama. The health department has also reinforced the capacities of 120 medical staff to fight against the coronavirus.