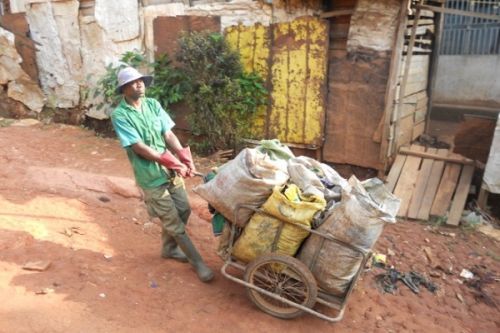 The Mayor of Yaoundé, Luc Messi Atangana, donated 35,000 garbage bags for waste collection in the city’s neighborhoods that are difficult to access by Hysacam trucks. The equipment was handed over on September 16 to the presidents of the associations of traditional chiefs of the seven districts.

The measure “is one of many actions carried out to fight insalubrity in the capital. It is the response of the mayor to a complaint made by traditional leaders during the consultation and awareness meeting organized under his leadership on April 20, 2022, at the Municipal Circle,” said Dominique Mbassi, who is in charge of communication at the city hall.

In April, 5,000 trash bags were donated to each of the seven associations of traditional chiefs in the department of Mfoundi. At the same time, the mayors of the communal districts received tricycles for the collection of household waste. However, the mayor regretted that this equipment has not been put to good use by city councils, as most of them are parked.