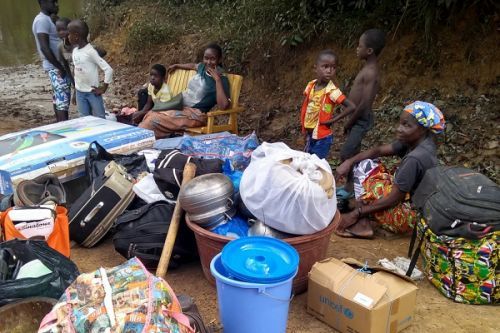 The United Nations announced last week the disbursement of $100 million, about CFA65.5 billion, to meet humanitarian needs across the world. Of this amount, Cameroon captured $6 million, or a little more than CFA3.9 billion.

Addressing the current humanitarian situation in Cameroon is one of the objectives of the international community. Last March, the international NGO Action Against Hunger expressed concerns about the fate of more than 9,000 people threatened by starvation because of the security crisis but above all the scarcity of rain.

Last week, the UN Office for the Coordination of Humanitarian Affairs (OCHA) reported that 306 households fled the village of Tallakatchi in Mayo-Tsanaga after a military post was dismantled. In the Far North region, many people are hoping for better assistance. Since August 15, more than 2,000 households in the departments of Logone-et-Chari and Mayo-Danay have been affected by flooding. President Paul Biya has instructed Paul Atanga Nji, the Minister of Territorial Administration (Minat) to provide these victims with material assistance. The beneficiaries also included people who fled the inter-community clashes of December 2021 in Logone-et-Chari.

Let’s recall that one of the biggest crises raging in Cameroon is the Anglophone war in the North-West and South-West (Noso) regions.