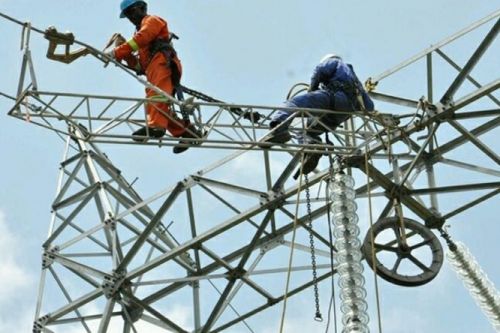 The Centre, Littoral, West, South-West, North-West, and South regions were deprived of electricity during the night of Monday 20 April 2020. This was caused by an incident on the 90-kilovolt Oyomabang-Ahala transmission line in the outskirts of Nomayos (Centre), said the Minister of Water and Energy (Minee), Gaston Eloundou Essomba, in a statement, published the following day.

This incident was caused by a tanker truck, whose pictures are being shared on social media, which hit the 36th tower which serves most of the regions of Cameroon, we learn.

"At about 20:40 hours it caused a collapse of the Southern interconnected network which resulted in the unavailability of the electricity transmission network, as well as the shutdown of the Songloulou and Edéa power stations connected to this network," the minister said. The consequence was the interruption of electricity supply between 20:45 and 23:50 in the above-mentioned regions, he added.

To deal with the incident and circumscribe its effects as soon as possible, the government immediately instructed the National Electricity Transmission Company (Sonatrel) to secure the perimeter of the incident and optimize the distribution of energy produced by the Memvele'e power plant only.

When he visited the scene for an assessment, at around 9 p.m on Monday, the Minee gave instructions to the general managers of Sonatrel and Eneo for a reorganization of the supply scheme of the Southern interconnected network and rapid and gradual recovery of the areas affected by this incident.

“Power was restored around midnight, in the six regions," said Gaston Eloundou. However, in some neighborhoods of Yaoundé, it was only restored on Tuesday.

According to the official, teams have been working since Tuesday to rehabilitate the damaged pylon. President Paul Biya has also instructed the government to ensure that the various projects to reinforce and extend the transport network currently underway can continue without any hindrance, the minister concluded.