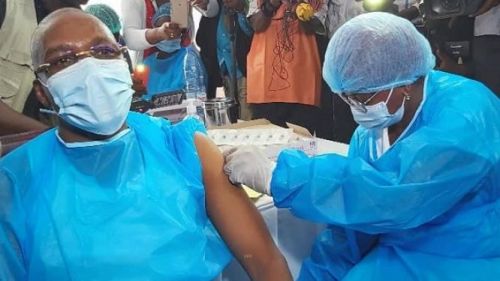 In a release signed on June 16, 2021, the Minister of Public Health Manaouda Malachie informs the population that from July 7 to 11, the national coronavirus vaccination campaign will be intensified.

In that regard, he indicates, the vaccines will be offered in health centers and by mobile teams, which will go from house to house, markets to markets, worshipping centers to centers, companies to companies, and even public administrations to administrations.

This time, the persons concerned are individuals aged 18 and above, according to the decision taken by the minister of Public Health to extend the target population.

Currently, the government aims to vaccinate 20% of the population before the launch of the 2021 Africa Cup of Nations, scheduled for January-February 2022 in Cameroon.

“We are currently elaborating multiple strategies to boost our vaccination capabilities but only 68,000 people are vaccinated up to now. This is just 13% of our initial target,” the Minister of Public Health indicated during June 9, 2021, meeting to evaluate the national coronavirus vaccination strategy.

This means that about three months after the vaccination campaign was launched in Cameroon, the population is still reluctant despite the sensitization campaigns. Also, some of the people who received the first dose are unwilling to receive the second dose. For instance, as of June 16, 2021, 70,300 people had received the first dose but only 16,200 people went for the second dose.