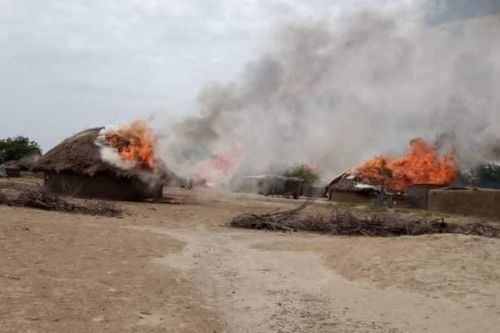 "There are two dead, the sultan himself and another subject. There are four wounded at the moment in the hospital in Mada but they are out of danger," Doukina Ketemou, the Sub-Divisional Officer, told CRTV Radio.

"It is about a dispute over fields. The Sultan of Ngamé claimed that the land was his. And this is what some of the population could not digest,” he explained.

However, according to local sources, it was the Kotoko tribe of the village Ngamé and the Shuwa Arabs of the village Aboudangala who clashed. The sultan of Ngamé is said to have settled a land dispute in favor of his Kotoko "brother" at the expense of a Shuwa Arab. In anger, the latter allegedly stabbed the chief and his younger brother. Several houses were also burned.

In many parts of Cameroon, inter-community clashes often pit farmers and herders against each other over access to land. Farmers often complain that livestock destroys their crops, while herders claim the right to graze their animals.