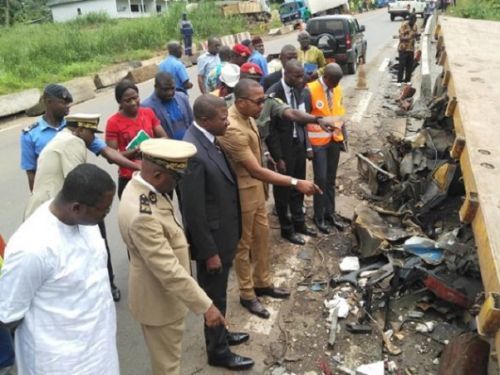 Cameroon’s transport ministry (Mint) has issued sanctions against the transport company found guilty of the deadly accident that killed 16 people on the Ayos-Yaoundé road on August 5. In a September 21 press release, the ministry announced that all trucks belonging to SOTRAC Sarl are banned from circulating across the national territory and "may not be rented or transferred" for 12 months.

The one-year period corresponds with the suspension of the registration certificates of the company's tractor and trailer directly involved in this accident. These vehicles do not have the required administrative documents. SOTRAC Sarl is also prohibited from carrying out any road transport activity during these 12 months. As for the driver of the vehicle, who is "on the run", he is banned from taking driving license exams for 5 years for "driving without a license."

This deadly accident occurred on August 5 on the Ayos-Yaoundé road, at a place called Mvog-Essindi. According to the investigations of the Ministry of Transport, the tragedy happened when a "truck loaded with logs (...) hit the left side of the bus (...) belonging to the intercity road transport company Avenir de la Kadey. The death toll was16.