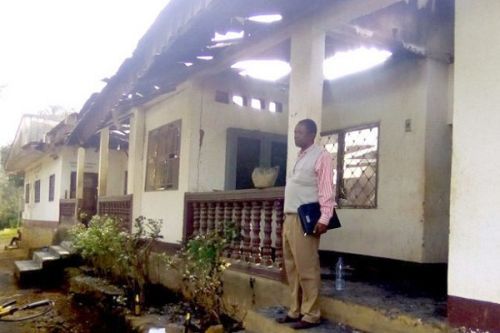 Last week Wednesday, November 17, the five largest unions of the English education system denounced various violence against teachers and students in the Anglophone regions of the Northwest and Southwest, following a meeting in Bamenda,

The unions noted "with dismay, discontent, and anguish, the gratuitous desecration and destruction of human lives, particularly that of students and teachers" who are simply contributing to the realization of UN's sustainable development goal (UNSDG), GOAL 4 : ‘Education for all’.

They particularly pointed at the case of the two schoolgirls killed in Buea and Bamenda as a result of stray bullets shot by regular security and defense forces.

"We also strongly denounce the unbridled use of firearms in our towns and villages, both by government security agents and by armed groups," the release added.

For the unions, the attacks have escalated uncertainty and insecurity to alarming levels while the gratuitous and insensitive use of improvised explosive devices (IEDs), even against schools and universities is causing psychological, physical, and tragic consequences.

They further denounced unwarranted and inappropriate requests for school closure and lockdown while intently asking the separatists to stop those measures they regularly impose on the population.

"We beg authorities to take measures to make sure education remains a key priority, especially in the current circumstances," they wrote.

"Students, teachers, and parents should not be persecuted and subjected to pain, fear, uncertainty, and even death in their quest to acquire and provide education," the unions added as an appeal to the parties involved.

In a recent report on education in the anglophone region, the UN indicates that out Of the 76,478 children enrolled in elementary school at the time of the lockdown, only 23,428, or 31%, had access to formal education during the period. As far as secondary education is concerned, of the 41,626 children enrolled prior to the lockdown, only 11,649, or 28% of that population had access to education.

In the Southwest, only 15,104 of the 60,408 children enrolled in elementary school had access to education during the lockdown, representing just 25% of that population. In addition, around 22,254 (57%) of the 39,074 students enrolled in secondary schools had access to formal education, the institution explained.