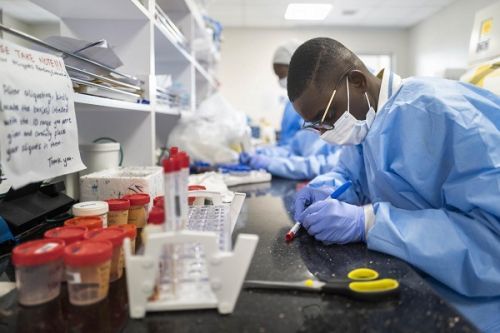 The authorities in Douala have set up a new testing method for people traveling abroad. Under this strategy, since February 22, 2021, any person who has scheduled a trip outside the borders of Cameroon, from the city of Douala, must take the test 48 hours before traveling.

“The traveler will receive a message of confirmation of their registration indicating the place and the day of test which will correspond to 48 hours before the trip," the press release reads. Travelers will receive their results via the same channel within 16-36 hours and will be able to print the results themselves.

This new procedure is a way to avoid physical contacts that have sometimes led to fake test traffic. At the end of January in Douala, the public authorities dismantled a gang of fake Covid test traffickers. They took between CFA10,000 and CFA60,000 to forge the fake negative test document.

In response, the government introduced a barcode system to ensure the authenticity of test results.