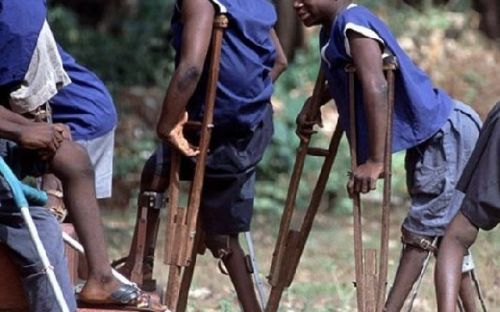 The Minister of Public Health (Minsanté) announced the reappearance of polio in Cameroon. In a press release published on February 22, the official reported “the occurrence of a new polio epidemic in the city of Yaoundé (...) following the detection of two cases of type 2 poliovirus in environmental samples in the Cité Verte district." The discovery of these cases, he says, constitutes "a public health emergency, considering the risk of the virus spreading is high."

The minister assures that measures have already been taken, including "a thorough investigation, increased community awareness, and planning of vaccination activities in the areas at risk." The objective is to stop, "as soon as possible," the transmission of the poliovirus in Yaoundé and across the country. This new outbreak comes eight months after the country was declared "free of wild poliovirus (WPV)."

Although the so-called "wild" polioviruses have been eradicated in Cameroon, other forms of circulating vaccine-derived poliovirus type 2 (cVDPV2) continue to spread in the country. These are very rare polioviruses that can also cause paralysis. New cases of this type of poliovirus were confirmed in some localities in the Eastern, Central, Coastal, and Southern regions last year.

In response, the government organized a two-round immunization campaign (September 18-20 and October 9-11) in the Adamaoua, Central, Eastern, Far North, Coastal, and Northern regions, where cases of circulating poliovirus were found in the environment and humans.

This will not only strengthen herd immunity among children but also enable the country to maintain its status as a "polio-free" country. Polio is a highly contagious viral infection affecting mainly children under 5 years of age.

The virus is transmitted through contaminated water or food. After multiplying in the intestine, it invades the nervous system and can lead to paralysis and even death. There is no treatment for polio. It can only be prevented by vaccination. To this end, the health authorities encourage people to participate in vaccination activities.