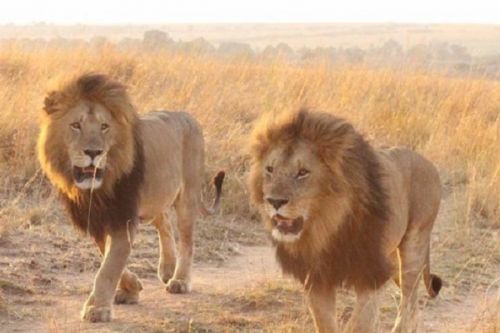 On the night of February 19 to 20, 2021, in Woylky (district of Makary in the Far North) security agents shot and killed a lioness that attacked and wounded nine residents. However, the residents are still anxious about a second lion wandering around.

According to Abgassi Adoum, mayor of Makary, it is highly likely that the male accompanying the killed lioness would be wandering near the village. "I am a veterinary nurse by training. From what I know, it is surprising to see a lioness without her male. This solitary apparition is frightening (...) The male wandering around would be more dangerous than the lioness we just shot because it will try to avenge its partner," the official said. He then asked residents to be more cautious.

In a release published on Saturday, February 20, 2021, Jean David Ndjigba (Regional Delegate for Forests and wildlife) tried to reassure residents. He asked them to go about their daily chores with no fear because the threat has been eliminated. However, his attempts did not dispel the villagers’ fears.

Lions are protected animal species in Cameroon. In the northern part of the country, these beasts and other protected wildlife species often attack residents. In June 2020, a  26-year-old woman was killed when an elephant attacked Moulvoudaye (in the Mayo-Kani department). Hippopotamuses, which are also protected like lions and elephants, have also killed several residents in the Far North.