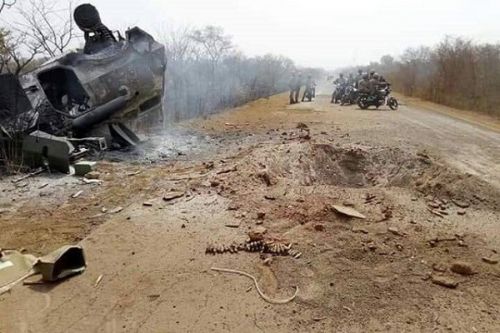 Between 2019 and 2021, 73 improvised explosive devices (IED) attacks were recorded in the North-West and South-West where a separatist crisis is raging since 2017. The count was presented in a study by the Small Arms Survey (SAS), an independent research group located in Geneva, Switzerland.

"Field data indicate that of the 73 incidents attributed to the separatists, 40 targeted civilians, 29 attacked army convoys, and 4 were against police force facilities or checkpoints," the study reports.

The attacks occurred in six cities: Bamenda, Yaoundé, Buea, Bali, Limbe, and Mbengwi. Talking about the origin of the IED components used in the separatist crisis in Cameroon, the SAS reveals that although Nigeria is the main supply source, local circuits have been identified.

"Cameroonian army storekeepers have been questioned for their collusion with anglophone independence fighters," the study reveals.