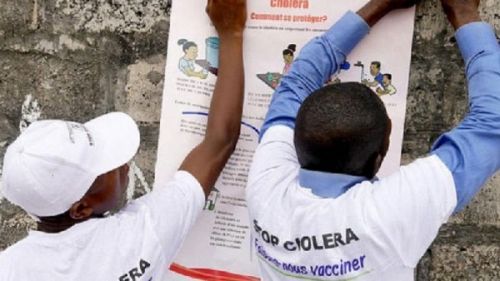 Govt worried about the growing number of cholera deaths

The number of people suffering from cholera continues to grow in Cameroon. Between March 11 and 17, 116 new cases were officially recorded; 76 in the Southwest region, 38 in the Littoral, and 2 in the Central region.

Public Health Minister Manaouda Malachie shared the grim picture in a March 19 tweet. Overall, Cameroon has so far recorded 2,097 positive cases and 62 deaths since the outbreak began. At the beginning of February, there were 1,102 reported cases and 32 deaths. By February 13, the official figures were 1,242 reported cases and 35 deaths. By March 4, they reached 1,693 cases and 50 deaths. After a first vaccination campaign in the southwest - the most affected region since the resurgence of the epidemic in October 2021 - the government is preparing a second vaccination campaign for next month.

The new campaign will also include the Littoral and the South. As part of this program, the government announced it has already received more than 842,000 doses of vaccine. It also encourages people to follow hygiene rules such as systematically washing hands with soap and running water before eating and after leaving the toilet, washing raw food before eating it, and drinking only clean water.