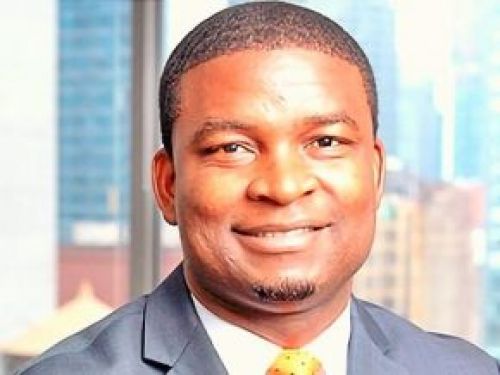 Me Zachée Pouga Tinhaga, on June 15, won the prestigious On the Rise-Top 40 Young Lawyers Award, a recognition granted by the American Bar Association and the National Bar Association. These two independent American organizations rank lawyers based on high professional achievement, “innovation, positive influence on law and justice in America, vision, and leadership.”

“I am privileged to be honored by both prestigious organizations and this is, of course, a major historical achievement […] Also, when I realize that I am the first Cameroonian to be so honored and one of only a few Africans to date, even though the U.S. Bar Association is almost 200 years old, I give thanks to God,” the prizewinner said.

Zachée Pouga Tinhaga, an expert lecturer at U.S. universities and a certified consultant to the African Union and the World Bank, among others, is receiving an award that will boost his career as a lawyer in the United States. The goal of the program is to help young people from underprivileged backgrounds achieve their life dreams.

Zachée Pouga Tinhaga began his university studies at the University of Douala in the Faculty of Law and Political Science. After obtaining a master's degree in business law, he went to the United States. His academic career in Uncle Sam's country was crowned with two master’s degrees, followed by a doctorate in law at the University of Michigan. To date, the Cameroonian has specialized in tax issues and cross-border transactions in US jurisdictions. He is currently working for the New York office of Gide Loyrette Nouel.

His secret to success lies in his state of mind. “Since I was a child, I've had a mentality that other people's experience doesn't have to be my own. If others have failed somewhere, it's not an indication to me that I'm likely to fail, but rather a challenge and a belief that the reason others failed is the reason I succeed and make history,” the lawyer, who is a member of the U.S. and Cameroonian bar associations, said.