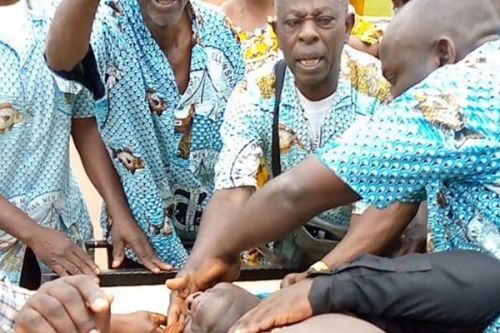 Yesterday, August 22, the Presbyterian Church in Cameroon (PCC) confirmed that the pastor of the Ntanfoang parish, in Bali, North-west was wounded while celebrating a mass. As it further states, one congregant was not that lucky, because she was shot dead on the spot.  In amateur videos shared on the PCC Twitter page, panicked congregants can be seen gathered around the wounded pastor while a woman was lying on the floor further away.

According to eyewitnesses, the shots that caused the havoc were fired from outside the church. However, the gunmen are still unknown and there is no evidence to attest whether the church was the target of those shots or not. Also, army officials are yet to comment on the incident and no separatist group has formally claimed that attack.

Let’s note that churches have regularly been targeted in the conflict between the army and separatist fighters in the Anglophone regions since 2017. Shots have been frequently fired during mass times but no casualties had been recorded till the August 22, 2021 incident. Nevertheless, three clerics have already been killed by separatists groups and several others abducted.