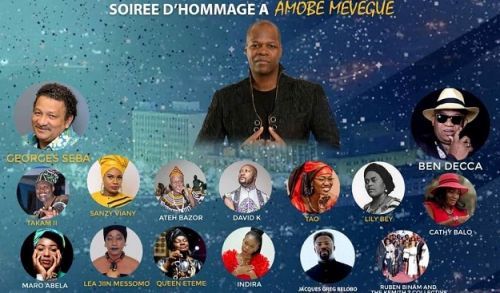 Cameroon is paying tribute to Amobe Mevegue, an icon of cultural journalism, whose body arrived in Yaoundé on Wednesday 22 September from France. In that regard, a tribute night is scheduled for today September 23, at the Yaounde multipurpose sports complex. This tribute night follows a tribute day organized last Saturday at the premises of Ubiznews TV channel (the channel established in 2012 by the late journalist).

The former TV5 Monde, RFI, and France 24 journalist will be buried on Saturday, September 25 in his village, Nkolbogo 1 (Department of Lekié, Central Region), where his late mother is resting since August 2021.

According to his family, Amobe Mevegueon died of acute malaria on September 8 in Paris. The death of this renowned journalist who would have turned 53 on October 1, 2021, sparked great emotions from everyone, including the government.

"A gifted journalist and inspired cultural columnist, Mr. Amobe Mevegue had become an African icon in the French audiovisual landscape. With his death, Cameroon has lost once again a talented son who was very attached to his country," President Paul Biya reacted on Twitter on September 10.

The head of state also sent a condolence letter to the family of the journalist who is embarking on his ultimate trip.