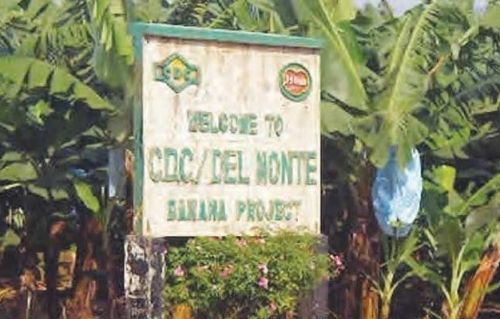 At least nine workers of the Cameroon Development Corporation (CDC) were released yesterday, Sunday, January 23, after being abducted over 10 days ago in the South-West region (not far from Tiko) by a small separatist group calling itself the Ambazonia Restoration Force (ARF).

Video footage of the men and women working for CDC (Cameroon's largest agribusiness group) in its banana, rubber, and oil palm plantations were shared on social media. In the videos, some of the workers were seen in tears greeting their relatives.

On January 15, they were filmed by the separatist group in a cocoa plantation. In the video, the group claimed that the workers had decided to join the separatist group and join forces to attack the army unit stationed in Tiko. However, there is no new information about the condition of their release.

The CDC, whose headquarters is in Tiko, is one of the companies most affected by the ongoing conflict in the southwestern region. Its workers, most of whom are seasonal, have been ordered (by the separatists) to stop working. Some of them have even been killed and others mutilated by the separatists who have adopted civil disobedience as one of their tactics to pressure the Yaoundé government.

According to the news website Business in Cameroon, before the sociopolitical crisis, CDC had 22,000 employees. Currently, there are only 17,719 employees. Because of the crisis, the group stopped its banana export operations in 2018 and resumed in 2020.