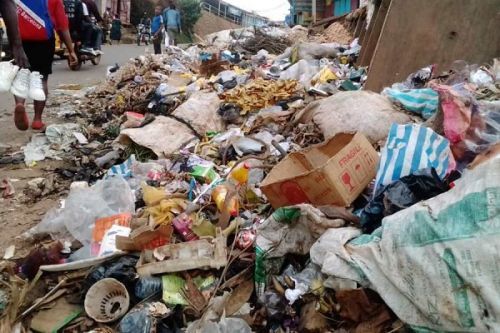 Yaoundé City Hall announced it is hiring a new waste management company, a second to the Cameroon Hygiene and Sanitation Company- Hysacam.

“Until now, the management of the huge volume of waste generated in Yaoundé has relied solely on Hysacam,” Mayor Luc Messi Atangana said yesterday. According to him, the arrival of Thychlof Sarl will be a relief for Hysacam.

An enthusiastic Charles Onana Mvondo -CFO of Thychlof Sarl- said the company will contribute its know-how to the city. The new operator has been active in the sector for several months. It started activities, particularly in the Yaoundé 3 district, with a first fleet of five refuse collection vehicles, and has plans to expand the fleet in the coming weeks for greater efficiency.

As a reminder, the deployment of a new operator is a response to the current waste crisis in Yaoundé. Hysacam has been struggling for several months to ensure the collection service. As a result, many neighborhoods are dealing with uncollected waste. According to the company, this is the consequence of the irregularity of the payment of its services by the State, which previously led to the recent social movements within the company.

For Mayor Luc Messi Atangana, the situation is rather due to the asocial behavior of the population. "The city council, with its partners, is making efforts to keep the city clean. We ask our populations to know that they are the ones who produce the garbage and they have to manage it responsibly, instead of getting rid of it by depositing it either on the public highway, on the sides of the roads, or even in the yards of their neighbors," he said.

In the meantime, the two operators are working in collaboration with the Yaoundé Urban Community (CUY) to organize their schedules.