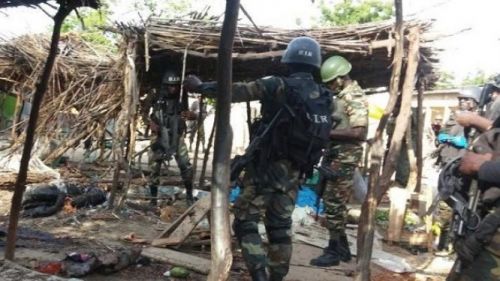 From July 2015, when they carried out their first suicide bombing on Cameroonian soil (in Fotokol), to 2021, Boko Haram insurgents have perpetrated 176 such attacks in the country. Most of those attacks were recorded in the Far North, according to a study by Small Arms Survey (SAS), an independent research group located in Geneva, Switzerland.

In the study, the SAS identified the origin of most of the bombs used in those attacks. "In the Far North of Cameroon especially, Boko Haram is increasingly using explosives of military origin. Those bombs are from arsenals looted by Boko Haram in Nigeria, Niger, and Cameroon (...)," the study reveals.

Cameroon officially went into war to repel Boko Haram jihadists who came from Nigeria. On July 12, 2015, the Islamic sect changed its strategy by carrying out suicide attacks in several towns in the Far North. Maroua, the regional capital, Mora, Mémé, Kerawa, Waza, Fotokol, Mozogo, Amchidé, Doublé, Djakana Goubgue or even Sandawadjiri were all affected.