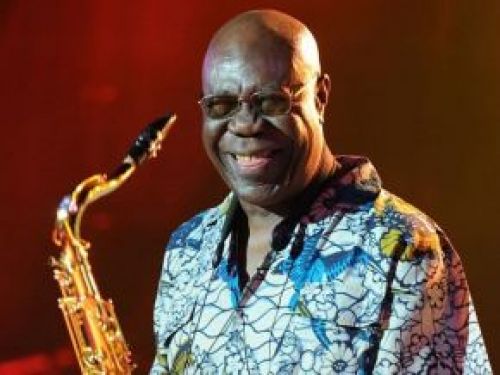 On Sunday, March 22, 2020, social media rumors had it that internationally renowned Cameroonian saxophonist had died. That rumor was disproved by his family via his Facebook page. Unfortunately, on the morning of March 24, the saxophonist passed on in France.

"It is with deep sadness that we announce the demise of Manu Dibango, our Papy Groove, on March 24, 2020, at the age of 86,” a post on the late saxophonists’ Facebook page announced at 7:28 am GMT.

According to the post, the death was caused by the covid-19 infection.

"His funeral will be held in strict family privacy, and a tribute will be paid him at a later date as soon as possible,” the post adds. His family, via the post, also indicates that fans who wish to do so can send their condolences to the following email: Cette adresse e-mail est protégée contre les robots spammeurs. Vous devez activer le JavaScript pour la visualiser..

His positive covid-19 test was announced on March 18, 2020. Following the rumors of March 22, claiming he was dead, his family posted a Facebook message indicating that he was peacefully recovering at home (after a brief hospitalization). "He's asking you to respect his privacy. He is also looking forward to seeing you soon and asks you, in this troubled time we are all going through, to take good care," his Facebook page indicated at the time.

Born on December 12, 1933, in Douala, Manu Dibango (born Emmanuel N'Djoké) is one of the most outstanding personalities of the last 50 years. He is the first African artist to obtain a golden disc award in the United States with his hit "Soul Makossa" (1972). This song was notably covered by Michaël Jackson and Rihanna.

Manu Dibango who recently celebrated the 60th anniversary of his musical career is leaving behind an extensive repertoire of more than 600 tracks, 40 albums and numerous awards he received around the world. Since the announcement of his death, many people, including Senegalese singer Youssou N’Dour, have already paid him warm tributes on social media.