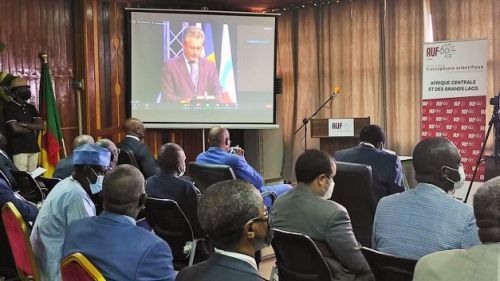 During the first edition of the Scientific Francophonie Week organized from September 21 to 24, 2021, in Yaounde, Agence Universitaire de la Francophonie (AUF) presented its white paper on science. According to the AUF, this over 200-page book of thematic and geographical analyses, tables, graphs and territorial focus (10 regions and 41 countries analyzed) is the result of an unprecedented global consultation undertaken in 2020.

For the consultation, the AUF called on more than 15,000 "respondents": students, teachers, university officials, political leaders, non-governmental organizations active in the university field. All of the respondents were from 90 French-speaking countries or have French as a working language.

"This book provides an exhaustive overview of the French-speaking world of science. It will guide the AUF's strategy over the next four years," the global organization explains.

Several themes are addressed in this document, namely, factors facilitating academic and professional success, employability and student entrepreneurship, the digital transition, management, consequences, and lessons the academic world learned from the pandemic, etc.

Initially, the Scientific Francophonie Week was to be held in Bucharest, Romania. However, due to health restrictions, the AUF management chose to gather regional heads of institutions. Thus, 68 rectors, presidents, directors-general, or directors of public and private academic institutions from 9 countries were gathered in Yaoundé.