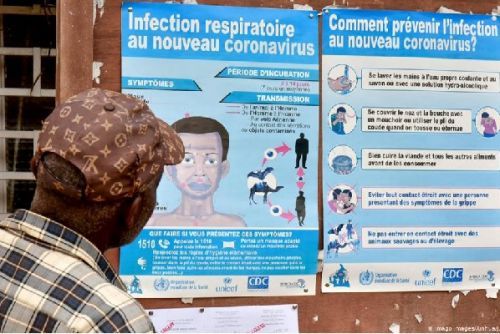 The government of Cameroon has multiplied calls for vigilance to avert a new outbreak of coronavirus in the country. According to Dr. Linda Esso, the country reported 916 new cases last week alone.

The deputy director of the fight against disease, epidemics and pandemics at the Ministry of Public Health said the situation is deteriorating, particularly in the Western region, where infections are on the rise again.

This region is the third most affected, after the Center and the Littoral. As of November 18, the West recorded a cumulative total of 1,417 confirmed positive cases, including 35 new cases since November 8, according to the ministry’s data. The statistics also show 1,318 people recovered and 63 died for a lethality rate of 4.4%.

This case-fatality rate is well above the national average (1.8%). In a 12 November communiqué, the governor of the West, Awa Fonka Augustine, warned of the "likelihood of worsening" of the epidemic in the coming weeks. This, "in view of the current context marked by the second wave of the pandemic in Western countries and the coming end of year celebrations with the arrival of fellow citizens from these countries," the administrative authority said.

According to Dr. Esso, the increase in interactions related to the coming holiday season is one of the "high risk" factors, especially in a context of a controversial loosening of restrictive measures, despite regular warnings from the public authorities about the risks associated with their non-observance.

This is therefore an opportunity for the health authorities to once again call for vigilance and caution. "The evolution of the disease everywhere else, as in our country, places us before another challenge of regaining the quasi-automatic practice of the reflex gestures required for protection against the pandemic. It's time to pull ourselves together," Dr. Esso recommends.