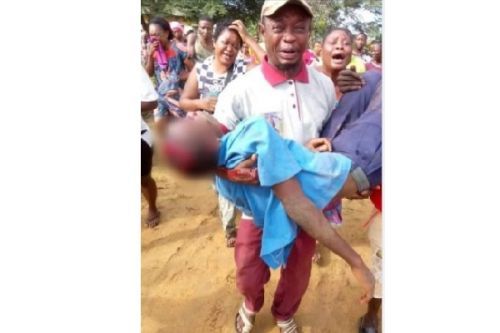 In the early hours of November 24, 2021, unidentified gunmen stormed the Ekondo-Titi bilingual high school in the Southwest, several sources indicate. According to the sources, the gunmen fired shots at the school and threw at least one improvised explosive device.

At least three students were killed and many others injured, we learn. Per the Knews news network, the slain students are Emmanuel Orume, 12, Joyceline Iken, 16, and Emmanuel Kum, 17.

Also, a teacher, a certain "Madame Celestine," is reportedly receiving treatment at the Baptist Health Center in Ekondo Titi because of gunshot wounds.  Stopblablacam was unable to independently verify the information nevertheless.

For the time being, no group has claimed responsibility for the attack. However, some people are accusing separatists groups.

In October 2020, some of them had already attacked  Mother Francisca College in Kumba. During the attack, now called the Kumba school massacre, they brutally murdered seven children and injured thirteen (using machetes on some of their victims that day). Last September, four people were convicted for the attack and sentenced to death.