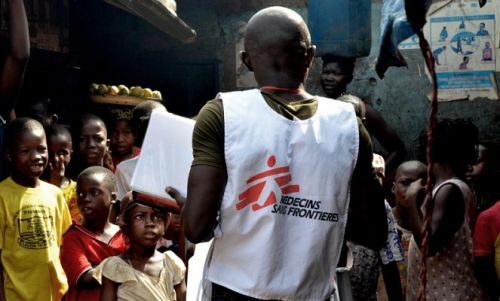 Far North: Doctors Without Borders claims close to 55,000 checkups and 3,000 hospitalizations in 2020

Doctors Without Borders claims that in 2020, it performed 54,600 checkups and hospitalized 3,000 patients, leading to 74 emergency surgeries.

During the period under review, the NGO treated 1,700 cases of malnutrition, 21,000 of malaria, 13,202 of diarrhea in the framework of the community health component implemented in about 40 community relays. It also provided preventive malaria care to over 117,000 children in the Far North.

"By integrating endemic diseases like malaria, diarrhea, and malnourishment into its portfolio and by freely providing care in the most affected zones, Doctors Without Borders intends to positively impact residents,” the NGO told regional tri-weekly L’œil du Sahel.

The NGO was thus presenting an overview of its 2020 achievement to local media. During the presentation, it reveals that its actions helped improve the care offered in Maroua, Mora, Kolofata, Kousseri, and Fotokol health centers. Indeed, to get closer to key targets who were unable to go to the Marou health center because of the distance, Doctors Without Borders created a post at the Mora and Kolofata health centers that are closer to conflict areas.

Doctors Without Borders is an international NGO that assists people whose life or health is threatened by armed conflicts, epidemics, pandemics, natural disasters, or even a lack of health offers. It has been present in Cameroon since 1984 but its operations in the Far North were motivated by the exactions of the Boko Haram terrorist sect in the region.

Even though the NGO is recording outstanding performance in the Far North, both its effort and the Cameroonian government’s are currently affected by widespread poverty, food insecurity, and chronic malnourishment in the region.