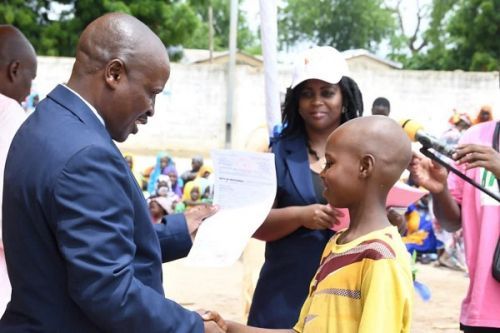 The United Nations High Commissioner for Refugees (UNHCR) financed the establishment of birth certificates for 1,000 internally displaced persons in the Far North region of Cameroon. The documents were officially handed over to the beneficiaries on July 21 in Maroua. About 53 IDs were also handed over to them, the UN agency announced on Facebook.

More than 15,000 IDPs were forced to flee violence between the Mousgoum and Choa Arab communities late last year, the UN Office for the Coordination of Humanitarian Affairs (OCHA) said in a December 14, 2021 report. OCHA stressed that at the time nearly 11,500 of them were in the Logone-et-Chari department and nearly 3,500 in the Diamaré department. Many of them had lost important documents during the conflict, including birth certificates, which were needed to enroll their children in school, UNHCR said. The UN Agency has committed to helping them reestablish those documents, so that they can enjoy their rights as Cameroonian citizens.