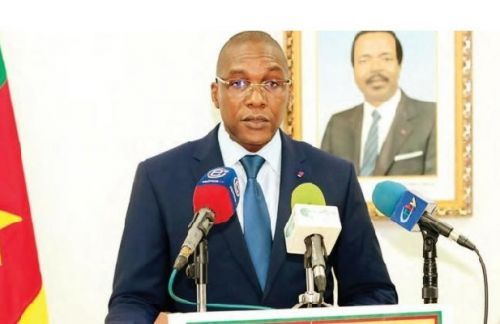 A new Covid-19 vaccination campaign will be launched in Cameroon to stop the resurgence of infections. According to the health minister (Minsanté), Manaouda Malachie (pictured), this third national campaign will run from October 27 to 31. It "concerns people aged 18 and over, especially health workers and people living with co-morbidities (diabetes, hypertension…)," he said.

People who have not received any vaccine so far will get a single jab of the Johnson & Johnson vaccine while those who have already received a shot of either the AstraZeneca or Sinopharm vaccine will get the second shot of the corresponding vaccine. Vaccination will be carried out door-to-door "to serve the population at home," but also in public places such as churches, mosques, chiefdoms, government offices, and businesses.

The health minister emphasizes that the vaccine rollout will be accompanied by a broad awareness-raising campaign in the communities and on media. This new campaign is being launched amid the third wave of infections.