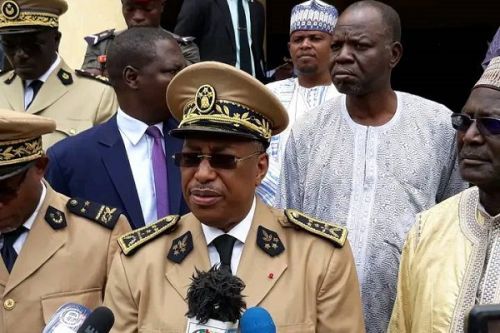 The Far North Governor, Midjiyawa Bakari (pictured), convened a crisis meeting on October 17 in Maroua to deal with a new cholera outbreak in the region. The authority blamed the local sanitation and called on all stakeholders to take the necessary measures to contain the disease.

He asked the mayors to reinforce the awareness campaign on the need for proper hygiene and sanitation. According to the governor, the Regional Delegation of Public Health must strengthen epidemiological surveillance, while the Regional Delegation of Water and Energy must quickly make drinking water available to residents and coordinate sanitation services to prevent the transmission of the bacteria Vibrio cholerae.

Local authorities said the new cholera epidemic started this month and was brought from neighboring Nigeria. At least 176 cases have already been detected, including 11 deaths. Dr. Hamadou Bava Boubakary, the Regional Delegate for Public Health, indicated that nine deaths were recorded in the community, mainly in Magdémé, in the health district of Mora (department of Mayo-Sava). The other two deaths were reported at the Minawao refugee camp health center in the Mokolo health district in the Mayo-Tsanaga department. The United Nations High Commissioner for Refugees (UNHCR) said last week that efforts are being made to intensify existing cholera and good hygiene awareness campaigns in Minawao.