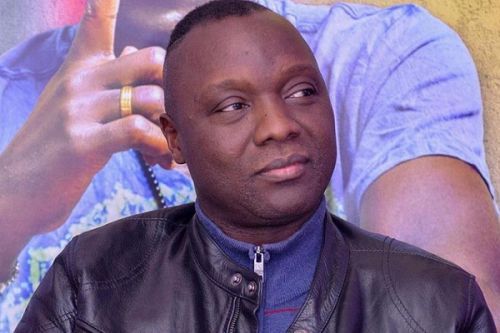 In a statement issued on March 24, 2021, Naseri Paul Bea (governor of the Centre region) announced that festive events were suspended till further notice in the region. The next day, the sub-prefect of Yaoundé I, Harouna Nyandji Mgbatou, signed an order banning the musical concert of Petit-Pays (photo) in Yaoundé. The musician was scheduled to perform today, Friday, March 26, in a popular nightclub in the capital.

On March 23, the prefect of Mfoundi, Benjamin Mboutou, also invited the promoters of shows and music concerts scheduled in the territory under his authority to postpone them.

According to the official, this measure was in the application of the Covid-19 safety measures, notably the physical distancing that limits the number of people in enclosed areas to 50.

He added that the measure was taken because of the "resurgence of Covid-19" in the country, especially in the Centre, which is the epicenter of the epidemic. Indeed, the region is the most affected, with more than 18,000 positive cases (out of 49,292 cases nationwide) officially recorded and 272 deaths out of 743 reported since the beginning of the epidemic in the country on March 6, 2020.

Let’s note that after the measures were eased, renowned local and foreign artists performed in packed venues. During those performances, safety measures were the last things to be thought of. On February 12, Prime Minister Joseph Dion Ngute asked the Minister of Arts and Culture (Minac) to "limit" the frequency of performances by foreign artists in Cameroon. The PM pointed to the "proven risk of an increase in the number of people infected."

The infection figures are worrying, with a significant rise in hospitalizations and the number of deaths.  "The bed occupancy rate has risen to 14% or even 16%. This week, we have 77 deaths across the country, which is huge. The Prime Minister has given instructions to optimize the management of the disease and to do everything possible to reduce the number of deaths," said the Minister of Public Health (Minsanté), Manaouda Malachie, at the end of the weekly meeting of the Interministerial Committee in charge of evaluating and monitoring the implementation of the government's response strategy against the Covid-19 pandemic in Cameroon, on 25 March 2021.